Skip to content
NewsBattle of the McRaes and Sir Chris Hoy to make his rally debut in Asset Alliance Group car! 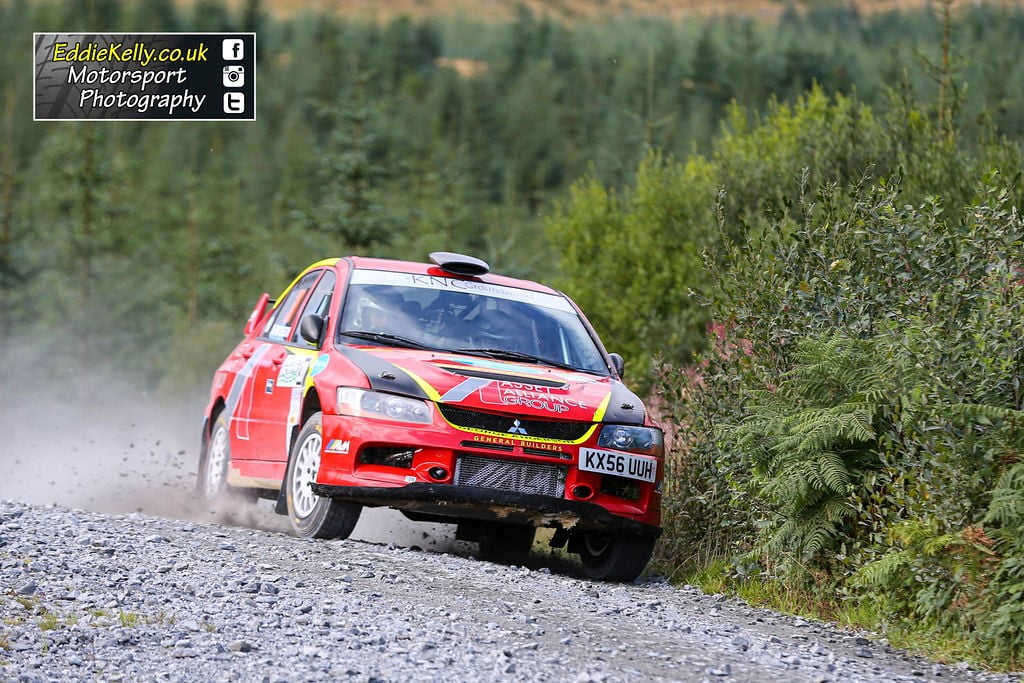 Rally fans are eagerly awaiting next weekend’s prestigious McRae Rally Challenge in Knockhill, Fife, where three generations of the legendary McRae family will race against each other, and multiple World and Olympic champion Sir Chris Hoy will make his rally debut.

And to add to the excitement, Sir Chris will be driving an Asset Alliance Group branded Mitsubishi Evo owned by our CEO Willie Paterson!

The event, on the 2nd and 3rd July, promises to be a thrilling occasion, not least as it will see third generation driver Max, take on his dad Alister and Grandad Jimmy in a generational Battle of the McRaes!

What is the McRae Rally Challenge?

Set to be the biggest rallying celebration since Colin McRae became Britain’s first World Rallying Champion in 1995, the McRae Rally Challenge – supported by Beatson’s Building Supplies and Event Scotland – is a special invitational for 50 leading national and international rally crews.

It will feature two one-day single venue rallies, a junior rally event and will see the newly named ‘McRae’s Corner’ in use for the very first time.

The event will not only commemorate Colin becoming the youngest ever World Rally Champion but also recognise and celebrate the achievements of his dad Jimmy, brother Alister and 18-year-old nephew and rising star, Max, as they take part in a ‘Battle of the McRaes’ race to determine who is the fastest!

Why is Asset Alliance Group Involved?

Our CEO, Willie Paterson, has a lifelong passion for rally racing and a strong relationship with the McRae family. He is part of the organising team behind the McRae Rally Challenge and is a well-respected mentor for successful rally drivers, Jonny Adam and Garry Pearson.

Willie says: “I’ve known the McRae family a long time and it’s fantastic to have the chance to play a part in the development of the next generation of this exceptional rallying dynasty.

“We’re all excited by what we’ve seen from young Max and to have the Asset Alliance Group name on the side of the car when he’s up here is great. I’m privileged to be able to combine my passion for commercial asset finance and motorsport in this capacity.”

He added: “If Max can blend the raw speed of his uncle with the measured head of his father and grandfather than he’s got an amazing future ahead of him. And that’s a journey I’m very much looking forward to joining him on.”

Max says: “This is going to be crazy, competing against my dad and my gramps for the first time. It’ll be my first time in a Fiesta Rally2, which is something else I can’t wait for.”

He added: “The whole McRae Rally Challenge is going to be special. To be around people, like family and friends from around the world will make this an unforgettable weekend – even more so if I beat the old boys!”

Six-time Olympic Champion, Sir Chris Hoy, is gearing up to make his rallying debut at the McRae Rally Challenge and will be driving Willie’s Mitsubishi Evo.

Sir Chris is no stranger to the world of motorsport, having participated in a round of the World Rallycross Championship in 2020 in a Ford Fiesta Supercar in Barcelona.

However, the McRae Rally Challenge is an event he holds close to his heart due to his relationship with the family.

Sir Chris says: “I can’t wait, I’m so excited to be taking part in this special event; being friends with the McRae family makes this opportunity all the more exciting for me.”

To find out more information about the McRae Rally Challenge and to book tickets, visit the Knockhill website: https://www.knockhill.com/events/fixture-McRae-Rally-Challenge-id333

And to be in with a chance to win four weekend tickets to the event, just visit our social media feeds and let us know why you’d love to be there and who you’d take with you. Deadline for entries is 11.59pm on Monday 27th June and winners will be notified on Tuesday 28th June. Please see full terms and conditions: https://assetalliancegroup.co.uk/mcraerallycompetition/

We're back on the road this weekend, this time at Convoy In The Park in Donington Park! 🚚

Come along & meet our team who will be hosting another competition to win a £1000 @KelsaTrucks voucher! 💸

Does your team deserve some recognition for all their hard work over the past 12 months?
We're sponsoring Team of the Year at this year's @Comm_Motor Awards & entries are open for exceptional teams who give excellent service to their customers.
More info: https://bit.ly/3Pas5RO

The Scottish sun was shining when Denny Glasgow came along to our Newmains depot to collect their @Tigertrailers 4.5m curtainsider from Area Sales Manager, John Scott.

The trailer will be put to work transporting general freight from the firm's depot in Cumbernauld, Scotland 🚚

Heatwave or no heatwave, keep your deliveries cool with the @Transdek refrigerated trailers we currently have in in stock, all fitted with BPW axles, drum brakes & @Carrier Vector 1950 fridges.

Rent, finance or purchase? Our team can help! Visit: https://bit.ly/3BGiKhI

...tomorrow is 'Go' for the @GrampianStages & we're thrilled to be sponsoring the service area! 🏁

Based in Banchory, the event will host the next stages of @ourmotorsportuk @BRCRally & #SRC22

It's going to be a spectacular day of racing action! 🏎️

A truck as stunning as this will certainly catch your attention! 😍

And @MowiScotlandLtd will be using this new generation 6x2, 44-tonne @DAFTrucksUK XF, supplied on full contract hire, to transport quality seafood across the country in style! ⭐

We had a fantastic time at @Truckfest_Live Scotland, and especially enjoyed giving away £1,000 of @KelsaTrucks vouchers as well as thousands of sweets from our custom-made candy cart! 🍬

Thanks to everyone who came along to see us! 🙏