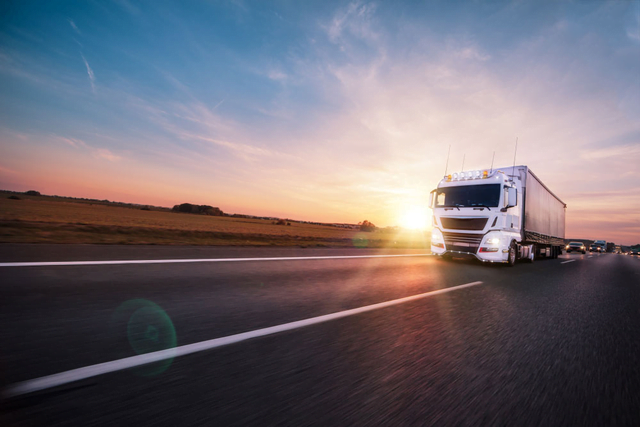 Last year, online searches for ‘how to become an HGV driver’ ramped up by 200% as news of the driver shortage peaked in the UK.

The topic made headlines as widespread fuel shortages caused significant disruptions across the country, and long queues at petrol stations shone a much-needed light on the current state of the HGV workforce.

By this time, the number of HGV drivers across the UK had already dipped by 13%, which saw the workforce down by 39,000 people, particularly in the under 30s age group.

Fortunately, widespread media attention has led to some positive developments:

These initiatives are positively impacting the industry, and there is a growing interest in people looking to HGV driving as a career move. 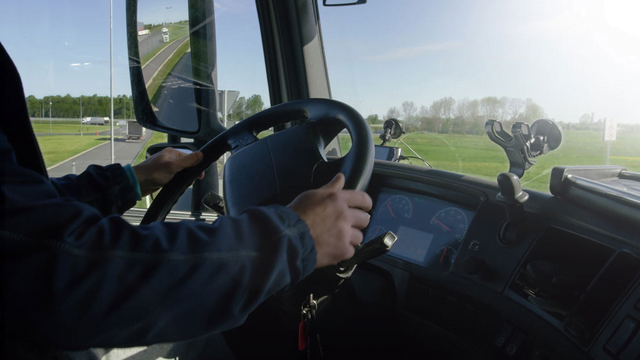 How to qualify as an HGV driver

Here’s everything you need to know to join the increasing numbers of people becoming qualified HGV drivers in the UK.

To become an HGV driver, you must attain a Driver Certificate of Professional Competence (CPC). A CPC is needed to drive anything over 3.5t.

The Driver Certificate of Professional Competence (CPC) aims to improve driving standards and road safety. This consists of a four-part theory test that assesses your ability to stay roadworthy. Once completed with a considerable mark, you’ll need to undergo a Driver CPC and a 35-hour refresher programme every five years. Proof of this qualification needs to be on hand for HGV Class 1 drivers at all times when driving the vehicle.

These are the six steps needed to get your CPC.

You’ll already need a valid UK driving licence, and you’ll also need to get a doctor to fill out the D4 form which comes with the application.

Once you’ve got your provisional licence, you can book a theory test. You will be asked multiple-choice questions like a standard UK driving theory test and complete several hazard perception tasks.

To prepare for the test, you’ll need to revise the High way Code and traffic signs and read the Official DVSA Guide to Driving Goods Vehicles. There is also a practical online guide to hazard perception.

This test assesses your ability to respond to scenarios you’re likely to find yourself in working as an HGV driver. You’ll read seven case studies and be asked multiple-choice questions on each one.

This test involves performing several off-road manoeuvres in an HGV, including an ‘S’ reverse into a bay and a coupling procedure with a trailer.

The on-road test corresponds to the standard driving test you must complete in a passenger vehicle. After some safety questions, you’ll drive around for an hour and be assessed on the competency of your driving on the road.

In the final test, your ability to manage risk around an HGV, react to emergencies and load the vehicle properly will be assessed. When you pass this test, you will have qualified for a CPC.

How old do you have to be for HGV Class 1?

Provided you have a CPC qualification, you can drive Class C + E vehicles if you are aged between 18-20. Otherwise, 21 is the minimum age.

What different HGV qualifications are there?

All HGV qualifications require completing the above tests, but you can achieve different qualifications depending on the type of vehicle you’d like to drive.

The two main types of qualifications are called Class 1 and Class 2.

These are the two main types of licences, but there are others. For example, an ADR licence allows drivers to transport dangerous goods, poisonous or corrosive cargo. An ADR licence is a good option for getting into specialised HGV careers.

What does a HGV Class 1 driver do?

A Class 1 driver has more responsibility than a Class 2 driver, owing to the increased vehicle load. There is no minimum experience required to become a Class 1 driver, but you must carry out several duties on a typical day. Some duties and responsibilities include:

How much does an HGV driver earn?

Earnings are dependent on experience and qualification level. The average salary for an HGV driver is £32,100 per year. New starters can earn up to £21,000 a year, while experienced drivers can expect to earn up to £60,000.

How much does it cost to qualify as an HGV driver?

It could cost up to £2,500 for everything you need to become a fully qualified HGV driver.

The cost of training and tests constitutes qualifying costs. There’s no standard price for training, but you can usually expect to pay the following:

How do I get my HGV licence for free?

There are government grants available to those looking to start a career in HGV driving. Some companies will pay for your training, while those who are unemployed can get funding through the jobcentre.

Where is the best place to work as an HGV driver?

Research shows these are the top five best places in the UK to work as an HGV driver:

HGV drivers can earn upwards of £30,000 per year in East Midlands, second only to London, while a low cost of living in the West Midlands makes it an appealing place to live and work. Both areas have more than 30,000 HVG jobs on offer.

This area has one of the highest job densities of anywhere else in the country, meaning there are more than 7 HGV driver jobs per 1,000 working people in Yorkshire & The Humber.

Overall, the North West has the highest number of jobs available, at 23,000.

With interest in HGV careers on the rise, now is the perfect time to expand your business. Speak to us to find out how we can help.

Don't miss your chance to win one of 2 sets of 4 weekend tickets to the McRae Rally Challenge in our #competition!

Comment below, tell us why you want to go & who you would bring!

In the current issue of @_TransportNews
Two years ago, the organisers had to cancel plans to hold the first Grampian Truck Show since 2007 because of the pandemic. This time they were not to be denied...
Sponsored by Asset Alliance, images by Ton Foley.

#COMPETITION! 🏎️
We're supporting the McRae Rally Challenge featuring 3rd generation Max (📷) & we've got two sets of 4 weekend tickets to #giveaway!
To win, explain below why you want to go & who you'd take! 👇
But be quick! Deadline is tomorrow!
Ts & Cs: https://bit.ly/3yhlPCv

COMPETITION! 🏎️
We're supporting the McRae Rally Challenge featuring 3rd generation Max (📷) & we've got two sets of 4 weekend tickets to give away!
To win, explain below why you want to go & who you'd take! 👇
But be quick! Deadline is tomorrow!
Ts & Cs: https://bit.ly/3yhlPCv

All you need to do is comment below, telling us why you would like to go and who you would take with you!

There's only one week left until our 2022 Industry Monitor is released & you can be the first to see it if you visit our stand at @RTXPO_!

Join us at #RTX2022 for FREE by booking your tickets here: http://roadtransportexpo.co.uk

Ever wondered why we are the one-stop shop for some of the largest fleet operators in the country?
👉 We are independent
👉 We can support all contract sizes
👉 We can source all vehicle types
👉 We tailor our packages to your need

Next month, our Group Operations & Health and Safety Manager Tim Banks, will team up with our Group IT Manager Alistair Bacon in a Peloton to Paris, raising money for Action Medical Research 🚴 🚴

You can show your support for Tim and Alistair here: https://bit.ly/3JRPtBJ