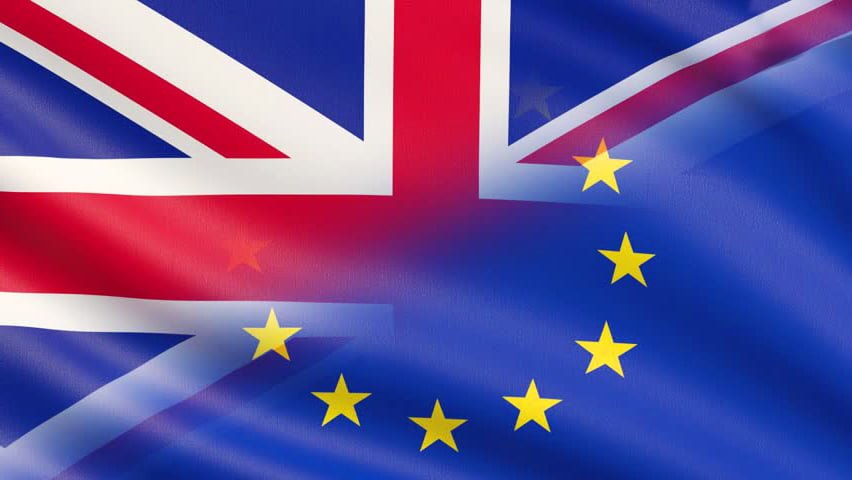 To leave or not to leave, is still the question. The deadline of 31st October has come and gone, and Brexit is still up in the air as the delay continues for at least a further three months.

There remain four options that parliament can deliver, and which therefore face the UK public and the transport industry. All with different ramifications and senses of urgency in terms of readiness:

Just to expand on what each scenario means and particularly thinking about preparations for Brexit whether deal or no-deal. The views represent an independent position as far as is possible.

At both UK government and EU Level, the political will is to reach a deal and facilitate a smooth Brexit. A lot of money in the separation is at stake for both in terms of the EU settlement figure expectations and the otherwise negative economic impact on both sides. The forthcoming UK election is likely to be the only factor that could move the process in a different direction of a harder Brexit or no-deal and arguably requires a strong showing by the Brexit Party, or, a continued “failure” by parliament to pass any deal by the 31st January.

Under these circumstances there could yet be an exit without a deal. This will create the scenario where UK hauliers and transport operators who have not started or completed preparation for no-deal will find that the goalposts have moved massively. They could be faced with only 30 days from the decision in terms of a transition period to get things prepared, and for many this will certainly not be enough time to resume international supply chain operations.

For UK-only carriers, this will still have an impact in terms of ensuring drivers of EEA or EU nationality have settled or pre-settled status and permits. With an estimated 15-25% of drivers (approximately 60,000 across the UK) being of EU or EEA foreign national status, there is a risk of the driver shortage being exacerbated as drivers exit the UK or are attracted to other operators. An already big problem around driver shortage can therefore be expected to grow.

For international carriers, where this is a regular part of business, you should already be prepared. Your GB EORI numbers should be in place, drivers will be trained around documentation, understand how to abide by Operation Brock and your documentation, permits and licences to meet the changes will also all be in place. You will already understand the changes in carnets, trailer registrations, consignment risks, the New Computerised Transit System, ECMT entry permits (which are limited in numbers) and even taken steps to ensure new pallet approvals are met. Without this preparation you are unlikely to have your goods exit the UK, will find them stuck in transit or even unable to return.  You will understand the different systems that are set up across the EU ports, with France already well advanced in preparing for this, while others are not. You will recognise driver legislation has changed, health insurance for drivers may need reviewing in case of illness abroad and a large amount of new legislation affecting driver/vehicle/ trailer rules. All of the above could potentially come into play after one month of achieving a no-deal Brexit.

For operators doing limited international deliveries the feeling is that too few are currently prepared for a no-deal scenario. For those operators it is very unlikely that the necessary steps can be in place to continue doing international transport after the decision and the short transition period. It may be that such operators withdraw from the new complexities and licence and permit requirements altogether, or will be forced to step back until the necessary changes have been implemented within their business.

On the wider trading issues, we can expect to move more or less immediately to WTO terms (the expected short-medium term default). WTO is the standard to:

It is based on countries setting their own import tariffs which are standard across all nations. Separate trade arrangements between two or more nations can exist, and it is likely that this will be pursued by the UK government and, until agreed, WTO will be the default. We would set our import tariffs and be subject to those already set by other nations or trading blocs such as the EU.

A deal to exit the EU appears to be the most likely of all the options, although this will be clearer after the results of the General Election. A clear working majority – if achieved by any party or coalition – will likely create the scenario that a deal exactly as, or close to the existing one, becomes the solution. Given it may not be too different, if at all, from the current deal, the EU and UK would activate all of the changes as indicated above in the no-deal Brexit. The key difference however is the transition period, whereby these changes would be deferred potentially until 31st December 2020, enabling operators to have more time to take the necessary steps which include:-

It is likely that after an 11-12 month transition period that we will have up to a further two years to establish a Free Trade Deal with the EU. This means that it may be January 2023 before import and export tariffs are settled between the UK and the EU. The concerns or otherwise about immediate tariff increases will emerge at the end of this period.  If no trade deal arrangements are reached, then the default of WTO remains, but we can realistically expect the major trade deals to be reached, especially with the EU.

During this transition and trade negotiation period, it is realistic to assume that other EU ports in Belgium, Netherlands and Spain, for example, will have developed smooth trade entry and exit systems. This is currently being led by the French ports in terms of the French Smart Border system, which will be ready to implement from the transition, albeit it has still to be tested, as is Operation Brock.

The stakes and political feeling are so high that it would be wrong to rule out a further extension, especially in a continued hung parliament situation with no clear working majority achieved. However, the pressure on the UK parliament to avoid this increases each month and if it were to occur then it is likely that the options and requirements of our industry as outlined above simply remain the same and only the dates move. This is assuming the EU would grant a further extension to avoid a no-deal Brexit.

The upcoming election goes beyond that of the usual race for a commons majority, with the added levity of contrasting, cross-party views on a People’s Vote. This could see cross-party collaboration to ensure a second referendum, or confirmatory vote. Not only will the results reflect the people’s will on domestic politics, but could be the best indicator we get on their wanting to remain, or leave. It remains an outside bet, but the campaigning pre-election will potentially centre around Brexit and so it may harden or soften views about this option.

For more detailed information, government links are available to help guide you towards readiness.

In terms of an explanation in a summary form to help you to prepare, we would direct you to the AtoBrexit website, which is specifically focusing on the transport sector and has been led by the Road Haulage Association.

Next month, we'll be at @RTXPO_ at @NAECStoneleigh from Thursday 30th June to Saturday 2nd July.

We'd love for you to join us there!

Register for your free tickets at http://roadtransportexpo.co.uk

We're excited to welcome back Allan Bennett to #AssetAllianceGroup who joins us in a new role as Procurement Manager with a remit to oversee volume orders with manufacturers.

You can read the full story on Transport Monthly Magazine: https://bit.ly/3a8GxuR

Are you ready for this year's @ITThubEvent? 🚚 The event is this Wednesday and Thursday and our Contract Hire, Bus & Coach and Vendor Finance teams can't wait to see you at @Farnborough_Int.
Registration is free: https://lnkd.in/eijESg4v

Great to be back @BritishGT #silverstone500. Proud to support team @JonnyAdam with @flickhaigh and wow another win for @WJenkinsRacing #ginetta and podium pace for @GBruntonRacing in #gb4championship. Thanks to the garage teams, our guests and all at @BRDCSilverstone 🏁👏👏