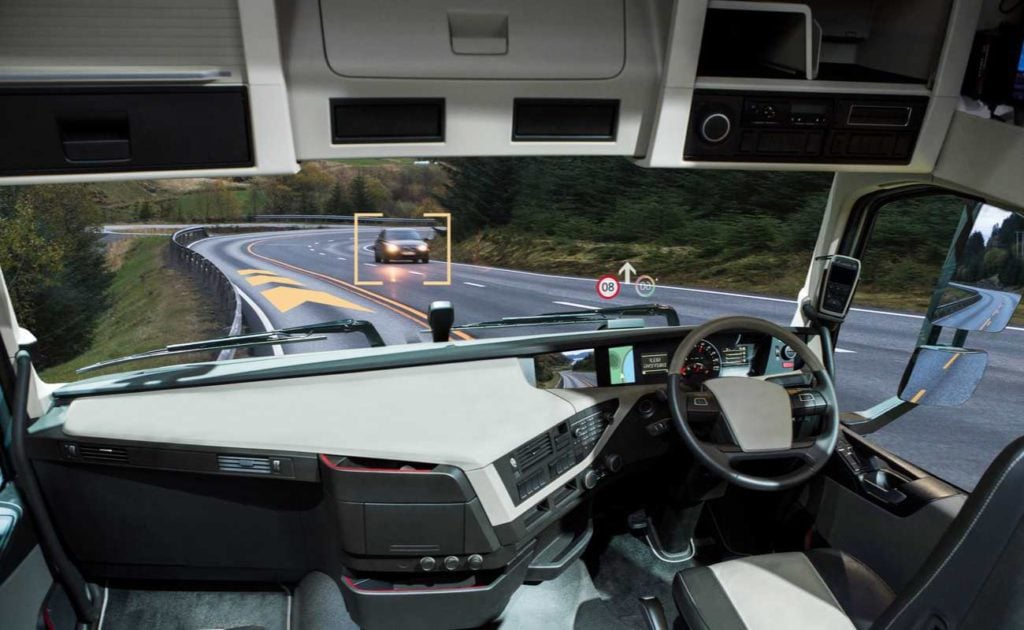 Not long ago, autonomous vehicles were the stuff of science fiction. Today, what was once considered the far future of transportation is in the end stages of trials, and is increasingly becoming a reality on our roads. But, as with all technological advances, autonomous trucks will have consequences for the future of fleet management. Join us as we take a look at the technology, the benefits, and the concerns surrounding autonomous trucks.

Where we’re at with autonomous trucks 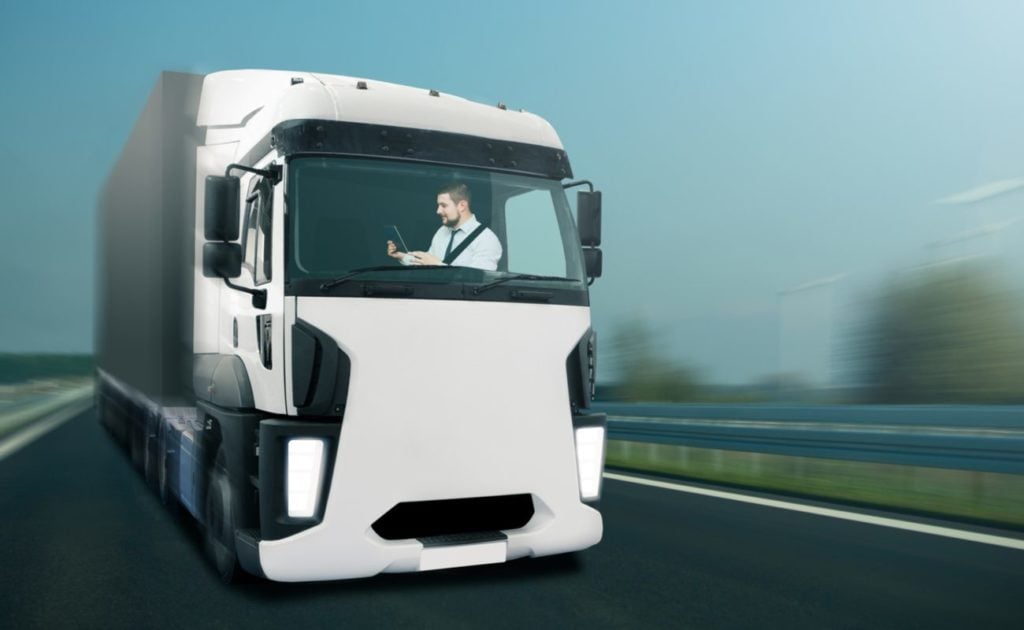 The UK Government has invested £120 million since 2014 in connected and autonomous vehicle (CAV) research and development projects, with £68 million drawn from industry. More than 70 projects are underway with around 200 partners, including automotive manufacturers, universities, research organisations, high tech startups and insurance companies. The reason? Government believes that CAVs have the potential to make road transport safer, more efficient and more accessible, and they’ve clambered to the front of the wagon in the hopes that the UK will become a premier development location for connected and automated vehicles. The UK’s Centre for Connected and Autonomous Vehicles (CCAV) is hard at work in three areas: regulation, research and development, and testing infrastructure.

For now, CAV trials must take place using a human remote driver. They don’t need to be inside the vehicle, but do need to be able to take control if necessary. All trials can take place only once risk assessment and public safety details have been carried out. This includes giving the authorities and emergency services details of all CAV trials.

The aim is to have fully autonomous vehicles on UK roads by 2021. Heavy goods vehicles (HGV) will be required to have a HGV qualified operative behind the wheel until the technology is believed to be safe on driverless long-haul routes.

The benefits of autonomous trucks 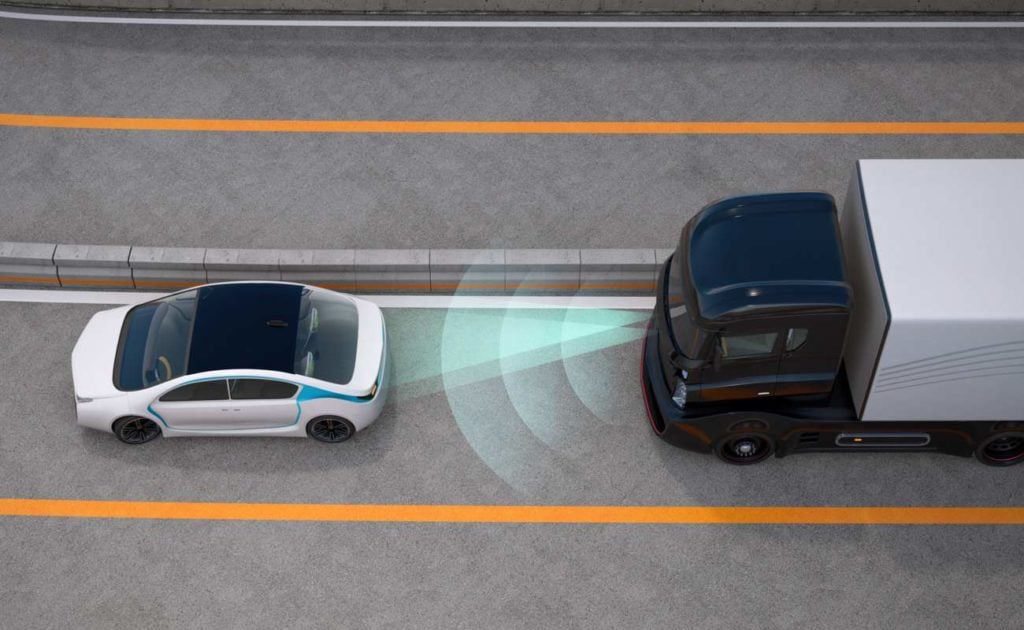 Significant labour shortages are likely to follow the UK’s exit from the European Union. According to the results of our 2019 Industry Monitor, a lack of skilled HGV drivers topped the list of concerns for 33% of those surveyed (this included mainly MDs, owners, and senior and middle managers of UK road transport operators). This could be alleviated by autonomous trucks. Already, five corridors for autonomous freighting have been chosen in the UK: the A1 (Sheffield to Edinburgh), M5 (Plymouth to Birmingham), M4 (Swindon to Swansea), M25 (London Orbital) and the M6 (Birmingham to Manchester).In fact, the shortage of qualified HGV drivers post-Brexit is expected to drive adoption of the technology by freight companies and drive down the cost of the technology.

Another benefit autonomous trucks are expected to deliver for business is fuel-savings of up to 7%, as rising fuel and operational costs are the number one concern for 18% of UK road transport operators. Autonomous truck tests using platooning (trucks travel in close formation on the road) have resulted in a 12% fuel-saving. The tests were carried out by the Swedish National Road and Transport Research Institute, Volkswagen Research and other partners, and involved platooning tests on a 320-mile route between the Swedish cities of Södertälje and Helsingborg.

Platooning is, in simple terms, the use of electronic sensors and smart technology that allow trucks to drive just four metres behind each other. The resultant slipstream reduces wind resistance and increases speed, which in turn leads to fuel savings on all trucks following the lead truck. Other benefits of platooning are lowered emissions and smart braking that minimises the risk of trucks running into each other on motorways.

Of course, it will be several years before any definite data around driver safety is available. Benefits around decongestion of traffic arteries are difficult to determine – with some groups claiming substantial decongestion while others are concerned about increased road congestion and carbon emissions.

Job retention remains a potential plus. Long-haul driving puts a strain on the individual physically and mentally as well as on their family life. Autonomous trucks could help drivers improve work performance while also requiring them to be away from home less often.

Stealing jobs and other concerns around autonomous commercial vehicles 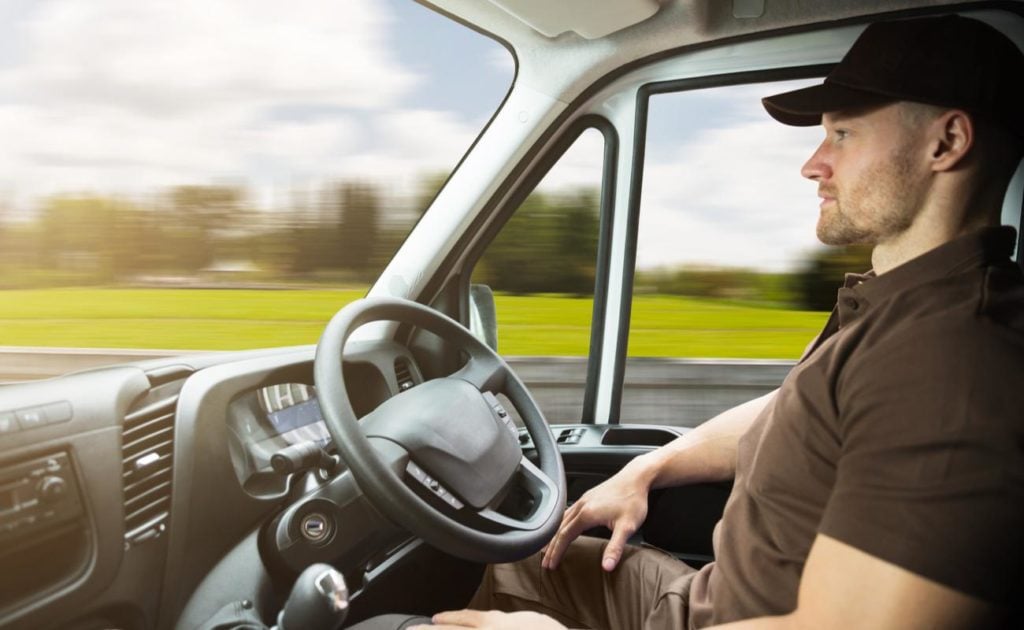 When asked whether autonomous trucks had a future in the UK road transport industry, 56% of those surveyed in the 2019 Industry Monitor answered “no”, while 27% believed they did have a future, and 17% were still undecided.

Apart from fears around the safety of autonomous trucks (and there have been several incidents of injury to pedestrians by autonomous vehicles in other countries) the biggest concern is a possible loss of jobs. This is unlikely to happen in the near future, but could be a possibility in the long-term.

A challenge to the effective use of autonomous truck technology is the close proximity of UK junctions, which would require driverless HGVs to slow as they approach junctions, then merge with other vehicles into or off the motorway. As convoys split up to merge with traffic, the benefits of platooning would fall away. So where the benefits of autonomous trucks are already being seen – in areas like Nevada, USA – the UK simply does not have the vast stretches of motorway best suited to the emerging technology.

For the foreseeable future, as the end of a motorway approaches, a human will need to take over and drive through minor roads to the destination. Once reached, a human would then need to carry out the actual pick-up or delivery. It seems HGV drivers’ jobs are safe for now, with automation technology being viewed as an aid to drivers and not a replacement.

Along with the potential for job loss, possible risk to human road-users is a real concern. The safety benefits of autonomous trucks are obvious: Once the technology has been perfected, they can be used around the clock and outside peak periods with driverless trucks never tiring or losing concentration, constrained only by their range and ability to refuel.

But what happens when something goes wrong with an autonomous truck, causing injury to people or property? As of now, there is a lack of clarity around autonomous vehicles and liability laws. As the technology develops, legislation will need to evolve along with it. In fact, autonomous vehicles and the future of transportation are likely to be held back or advanced by technology and legislation in equal parts. For now, it’s anyone’s race.

Autonomous trucks and the future of fleet management 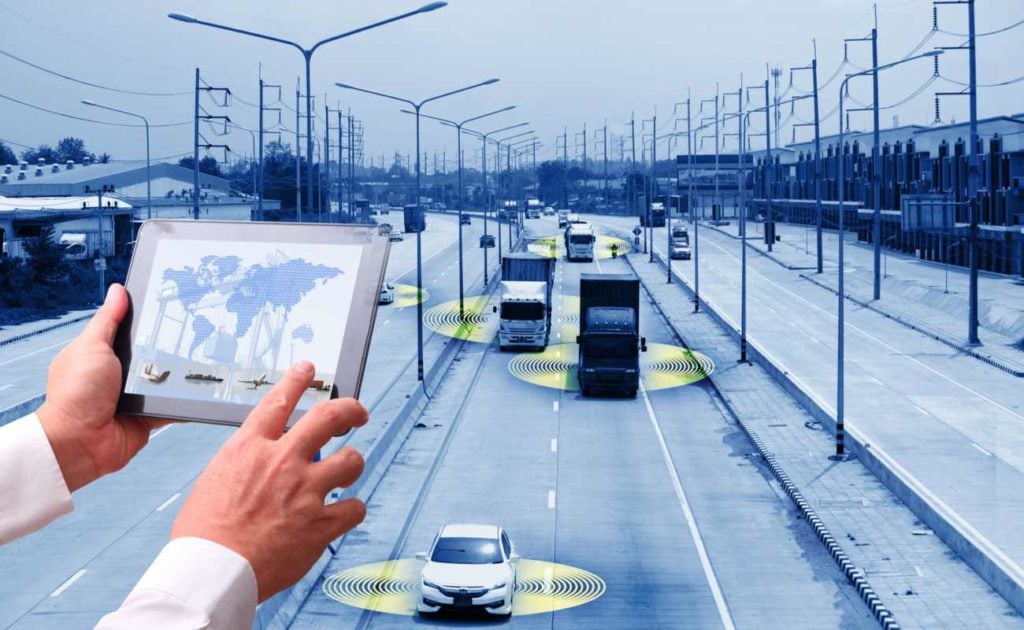 While autonomous commercial vehicle technology marches towards a brave new future, fleet management continues to be affected by pressure points that include the unpredictability of fuel costs, uncertainty around emissions legislation and constraints around asset funding.

Asset Alliance Group Truck and Trailer Sales is not only the UK’s largest independent retailer of new, nearly new and used commercial vehicles. We deliver best-in-class fleet management services – from advice on advanced fleet management practices, to your needs around servicing, repair, refurbishment, customisation and stacking for export. Contact our team of experienced staff to find out how our 35 years of industry knowledge can serve and support all your fleet management needs irrespective of what the future may bring.

For more insight into the future of the UK commercial vehicle industry, download our Industry Monitor 2019 Edition for an in-depth look into what the year ahead holds.

We've hit the right note with our latest sale 🎵

Southern Van Lines recently purchased a @DAFTrucksUK box van, which is now providing transportation services for the entertainment industry across the UK & Europe.

We've hit the right note with our latest sale 🎵

Southern Van Lines recently purchased a @DAFTrucksUK box van, which is now providing transportation services for the entertainment industry across the UK & Europe.

Next month, we'll be at @RTXPO_ at @NAECStoneleigh from Thursday 30th June to Saturday 2nd July.

We'd love for you to join us there!

Register for your free tickets at http://roadtransportexpo.co.uk

We're excited to welcome back Allan Bennett to #AssetAllianceGroup who joins us in a new role as Procurement Manager with a remit to oversee volume orders with manufacturers.

You can read the full story on Transport Monthly Magazine: https://bit.ly/3a8GxuR